Skip to content
Diwali Weekend!!!
I know it is a little late to talk about it but it was good fun. The cribbing will still persist but even then…Stuck in Chennai for Diwali while the rest of my college mates went home or somewhere else, we decided to go to Pondichery or Puduchery as it is now christened. Situated just about 300 km away from Chennai, it takes roughly three hours by bus (regular public transport) and a lot faster by car. 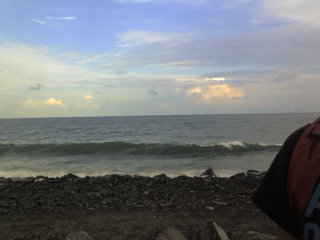 Poor students, we took the bus route to this little city. Having caught the bus at seven in the morning, we spent most of the journey sleeping in between being crushed by the crowds in a rush to begin their vacation.
We reached Pondi at about 10.45am, a good three and a half hours after we left the noisy city of Chennai. Hard to believe, but people get up early in the morning to burst crackers. I felt this cultural disconnect with the city as in Mumbai, it was rarely done. Crackers were burst, definately, only after the rest of the city had gotten up or early evening (post sunset). Don’t know how much of that still rings true after the three months I have spent here, as friends who have recently visited the city tell me things have changed. Even my mom confirms the same.

Coming back to the trip at hand, I have two realisations that I need to share.
1. You can walk the whole breadth of Pondi in under an hour and
2. The city is cool!!! Everything is cheaper here. Be it the alcohol (which we unfortunately didn’t touch) or things like clothes, electronics etc. 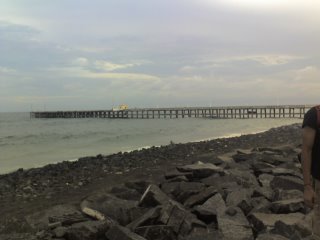 This is because it is an Union territory and the taxes that are applicable are reduced by half as compared to other cities. In short everything we bought was cheaper by 4%. Oh what joy!
Only drawback of our trip? We went on a day when the whole city was closed. So no actual shopping could be done. Instead, spent the day zooming around the city on a kinetic. I think I forgot to mention, we hired a kinetic! This was my first unsupervised ride and I’m proud to say that barring one or two minor run-ins early on, the ride was smooth!
Realised the joy that guys feel when they ride the bike. The thought of being in control. Of having the wind or in this case the breeze (the bike couldn’t go too fast) running through your hair. Dodging vehicles, shouting at people, just feeling like a local ruffian, if local ruffians wear short skirts.

One Reply to “A smokin Diwali indeed!”